CFJ's Rodney Jacob currently serves as Guam's lawyer representative to the 9th Circuit Court of Appeals and is a member of the Lawyer Representative Coordinating Committee.  In that capacity, Rodney attended the Conference of Chief District Judges that was held in Tuscon, AZ on January 24-26, 2018.

CFJ's Dana Gutierrez, who is the VP of Legislative Affairs for the Guam Chapter of Society of Human Resource Managers (SHRM), will be co-presenting a program on November 8,  "Preparing and Training for Guam’s newest workplace laws: Guam Family Medical Leave Act and Fair Chances Hiring Act".

CFJ is proud to announce that our longtime colleague Jennifer Calvo has been named General Counsel of the E.C. Development Group LLC and its affiliated companies.  Jenny has been a trusted colleague and friend for almost 14 years and everyone at the firm wishes her the best in her new position.

On August 30, 2017, Chief Judge Frances Tydingco-Gatewood of the District Court of Guam dismissed a lawsuit that had been filed against the government of Guam, including the Guam International Airport Agency (GIAA), in 2015 by Vicente Crawford who sought compensation for the Airport's continued use of his ancestral lands. CFJ's Genevieve Rapadas successfully argued the summary judgment motion in federal court on behalf of GIAA. The CFJ team on the case also included Jay Trickett and Kathy Fisher.

All in the Family: New York Times Highlights "Young Voices on a Targeted Island"

Noelle Monge, who is a sophmore and English major at Boston University, is one of six young Guam residents who speak out about the island in a New York Times article that appeared on August 20, 2017, Young Voices on a Targeted Island: 'Very Lucky to Be From Guam'.  CFJ's Eduardo "Champ" Calvo is Noelle's proud grandfather.  CFJ's Jennifer Calvo and Christian Calvo are her aunt and uncle.

CFJ Partner Michael Pangelinan was one of several Guam residents who commented to the New York Times on August 10, 2017 for the article entitled, "At the Tip of the Spear": Guam Residents on U.S.-North Korea Tensions.  Mikes thoughts are set out in full below:

Michael A. Pangelinan, 47, a lawyer who lives in Dededo, in the north of the island, was one of many Guamanians who expressed frustration about how little their home was understood by Americans.

(SHRM Press Release) — The Society for Human Resource Management-NMI chapter is pleased to have attorney Dana A. Gutierrez, the SHRM Guam chapter’s vice president of legislative affairs, speak at the July 27 local SHRM membership meeting regarding highlights from the 2017 SHRM Employment Law & Legislative Conference she attended recently in Washington, D.C.

Students Raise Thousands to Help Hungry Students in the Philippines

Christian Calvo Sworn in as Member of Guam Bar 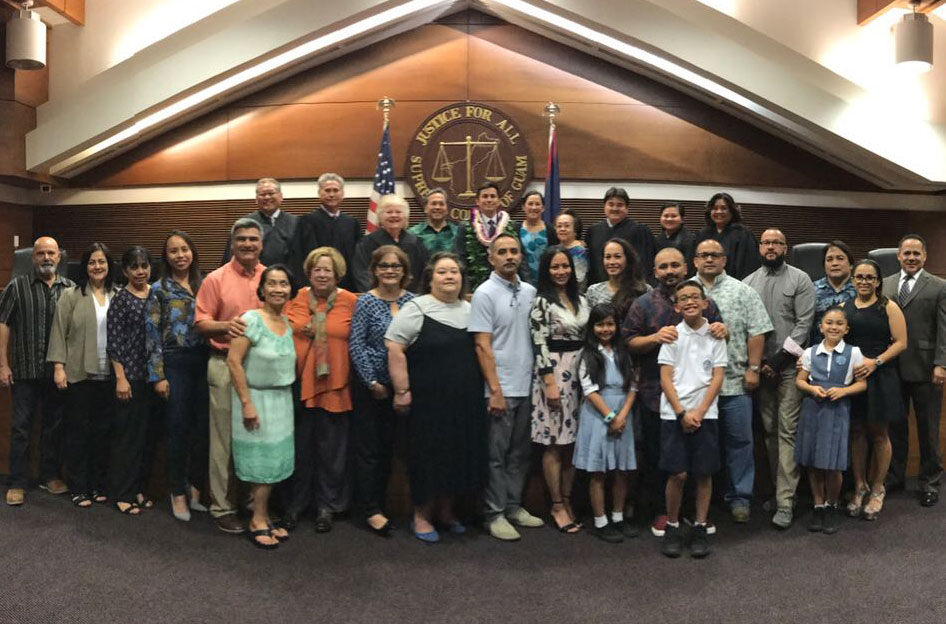 Calvo Fisher & Jacob associate Christian Calvo was sworn in as a member of the Guam Bar on May 14. He appears in this photo with justices of the Guam Supreme Court, colleagues from CFJ and members of his family. Christian joins his father, Eduardo "Champ" Calvo and sister, Jennifer Calvo, as attorneys with the firm.